A simple red brick Gothic church of late nineteenth century date, occupying a prominent position in the townscape of Eastwood. Amongst the furnishings is a medieval altar slab from the nearby Carthusian house of Beauvale Priory.

Eastwood is a former coal mining town in the Broxtowe district, lying on the Nottinghamshire / Derbyshire border. Its most famous son was D.H. Lawrence, who perhaps over-romanticised the place when he wrote of his childhood home that ‘Robin Hood and his merry men were never very far away’. The nineteenth century saw great expansion of the settlement, due to the growth of the coalmines, ironworks and the network of canals and railways across the Erewash Valley. It has been estimated that some 10% of those working in these expanding industries were Irish Catholics, but the nearest Mass centre was at Ilkeston.

In the 1880s nearby Beauvale House was the seat of the Earl Cowper, whose sister was Lady Amabel Kerr, Catholic wife of Lord Walter Kerr, Admiral of the Fleet. The Kerrs acquired a property then known as Ellerslie House on the corner of Derby Road and Bailey Grove to provide a chapel and accommodation for a priest, who came once a month from Ilkeston or the Cathedral. In 1889 Eastwood (with Long Eaton) was made a separate mission and the site of the present church was acquired, again through the generosity of the Kerr family. The presbytery was built before the church, which opened in 1897.

In 1935 a chapel was built off the (liturgical) south side of the church honouring the local Carthusians St John Houghton and St Robert Lawrence, amongst the first Catholic Martyrs of the Reformation, successive Priors of the Charterhouse at Beauvale and hanged, drawn and quartered at Tyburn on 5 May 1535. The altar slab (mensa) in the chapel is medieval and was brought here from Beauvale Priory in 1942 by Fr Martin Finneran.

In 1975 extensions to the presbytery by Reynolds & Scott provided a meeting room, sacristy, small kitchen and garage. In 1982 a new parish hall was built from designs by Montague Associates of Derby. More recently (in 2008) an extensive scheme of refurbishment and reordering was carried out under the direction of John Halton Design Ltd of Lincoln. A porch/narthex at the west end and an extension to the parish hall were built at about the same time.

The church is in a simple lancet Gothic style, built of red brick laid in Flemish bond, with painted stone dressings and a machine-made tile roof. It is orientated north-south, but this description follows conventional liturgical orientation, i.e. as if the altar faced east.

The main west front has an entrance porch/narthex designed in contextual style and materials, added in 2008. Behind this the west front has a triple lancet window, with black painted timber framing in the gable and a projecting bellcote at the apex of the gable housing one bell. On the side, the main elevation facing the road consists of five bays, each separated by stepped attached buttresses. There are paired lancet windows in each bay, apart from in the westernmost bay, which has a projecting brick appendage, formerly a baptistery but now serving as an accessible WC. The east elevation is plain and windowless, relieved only by attached buttresses, and the south elevation has two and a half bays facing towards a small garden and is otherwise attached to the presbytery and its various additions.

The western narthex leads into a space under an organ gallery (the organ dates from 1994 and was made by Jonathan Wallace of Nottingham). The main space of the church is a single volume, with a separate (1935) chapel giving off the south side. There is an oversailing timber roof of hammerbeam design, ceiled at collar level. The walls are painted and plastered, and there are stained glass roundels of saints in the lancet windows. The character of the interior belongs largely to an extensive and sympathetic remodelling of 2007-8. Features dating from this time include a new Derbyshire sandstone altar, reredos panelling, sanctuary seating, ambo and font. On the east wall is a crucifix against a background of hand printed red Watts wallpaper, with a canopy over.

The most notable furnishing is the mensa in the Martyrs’ Chapel, possibly dating from the foundation of Beauvale Priory in 1343, and brought here six hundred years later. It is incorporated in an altar with a reredos painting depicting St John Houghton and St Robert Lawrence, being led with others from the Tower of London to execution at Tyburn. According to the parish priest, it was painted by Dom. Pedro Subercaseaux, a Benedictine monk who was born in Rome in about 1880 and became a monk at Quarr Abbey on the Isle of Wight (information from Canon Dolan). The altar also holds carved wooden statues of the two saints by Theodore Kern, who also carved the statues of Our Lady and St Joseph, now placed on new pedestals in the corners of the sanctuary.

About the Author: Naomi Roberts 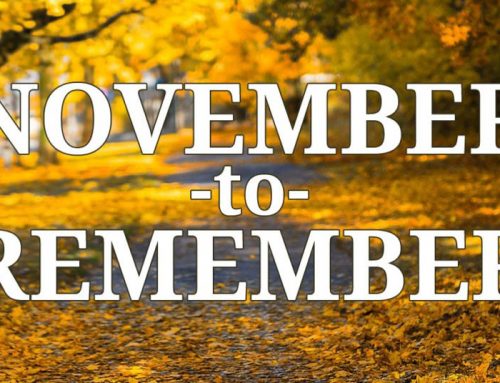 November. The month of the faithfully departed. Gallery

November. The month of the faithfully departed. 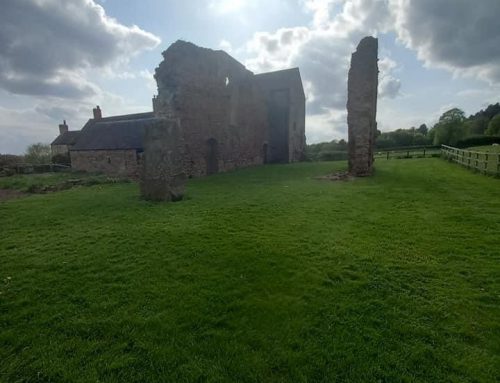 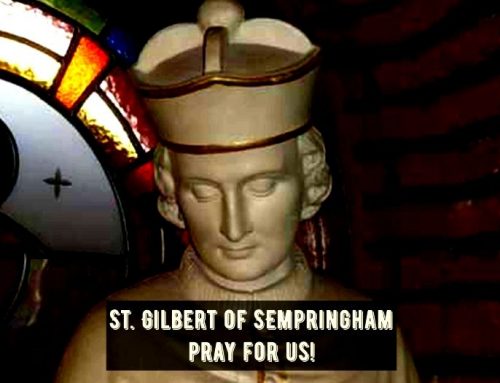 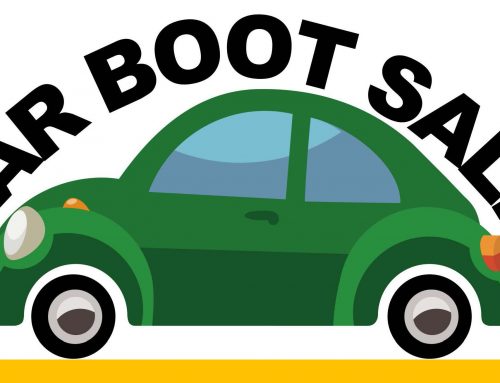 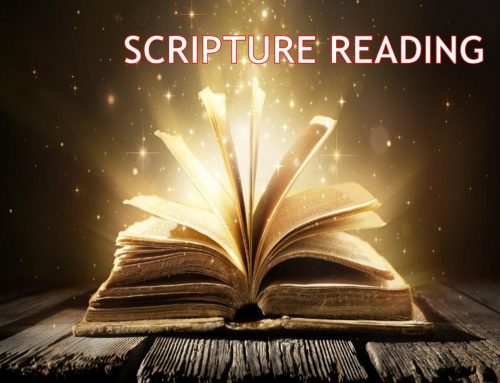